Time goes by fast and in order to accomplish something correctly, it need not be rushed, but should be completed both accurately and in a timely manner. This holds true for many circumstances throughout the past weeks, months, and even years.

Adjacent to the Steaming Tender Restaurant, sits a Railroad Park. This Park was designed by world renowned landscape architect Frederick Law Olmsted. His most famous work is Central Park in New York City. Palmer Union Station and it’s park was built in 1884. The Railroad Park was once filled with gardens and a water feature under the grotto. The Lamothe’s acquired the park in 2008 and are slowly restoring the grounds. A lot of restoration has gone underway already in exposing the grotto, brick sidewalks, granite curbing and lush grass. The Railroad Park will be named “Passenger Park”, based on Fredrick Law Olmsted’s vision of creating recreational spaces for people to enjoy and connect with nature, away from the hustle and bustle of the cities. Palmer Union Station was built at the peak of the Second Industrial Revolution when the town became known as the Town of the Seven Railroads. Olmsted’s Park was built for the passengers of the Palmer Union Station, hence the name “Passenger Park”. 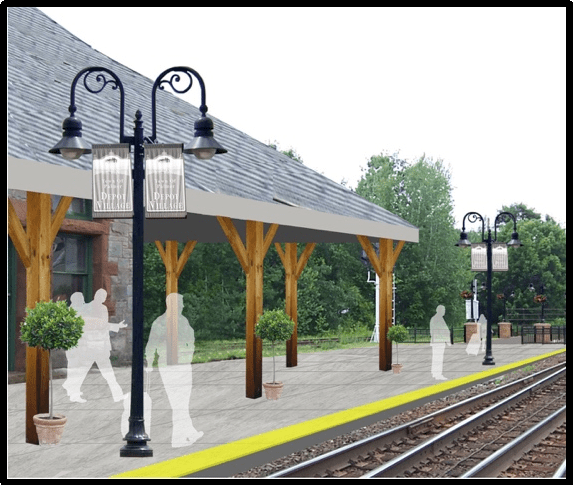 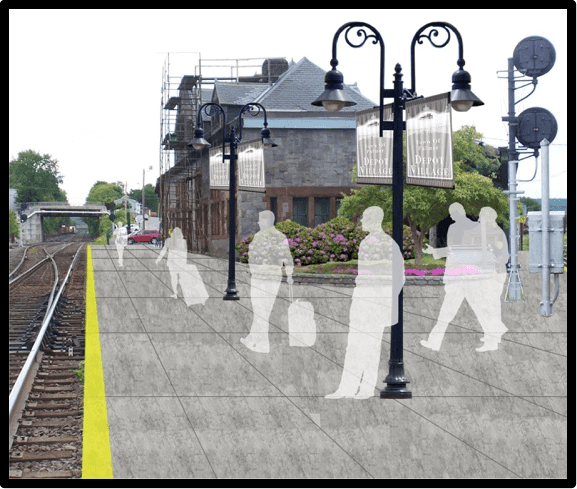 The goal for the Lamothe’s was to restore the Palmer Union Station to its former glory. They first purchased the building in 1987 and then opened it as the Steaming Tender Restaurant in 2004. The long-term goal for the restoration project, and for Palmer, was to bring back rail passenger service. The dedication and passion for Palmer and its community can not only be seen in the buildings that have been restored by the Lamothe’s but also in the community that have hopped on board in restoring the town into a beautiful place to live and enjoy. Over the past couple years, we have seen new businesses open on Main Street in downtown, some being Angel’s 1376 Palmer Restaurant, Salt Spa Therapy, Bina’s Boutique, and Figlio’s, Restaurant… just to name a few. This is only the start of what’s to come. 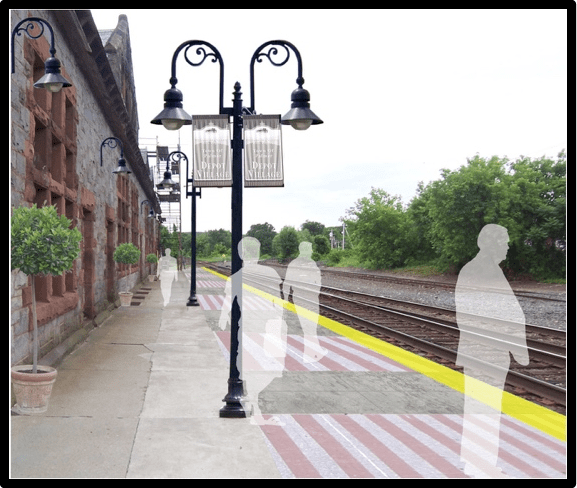 In late August, the Rally for Rail event was hosted by Senator Eric Lesser, who is running for Lieutenant Governor, Senator Anne Gobi, and Scarlet Lamothe. Senator Lesser proposed the East-West Rail bill approximately 10 years ago, and about 6 years ago, Scarlet Lamothe worked with Lesser as an intern. The Rally for Rail event was held in the support of returning passenger rail to Palmer, once again, after 50 years. The push for the return of passenger service has been over 30 years in the making, and we must keep on pushing, as we are now closer than ever. The Rally for Rail event had an excellent turnout and an enormous amount of support. What can you do to contribute to the economic revival and return of passenger service to Palmer and its region? Sign our petition at the front ticket office, show up to events, write a letter or email to congress, talk to your friends and family about rail, and vote! Become part of the history that is in the making!